So I recovered from my foul mood and we ended up having a really nice weekend here in Houston. We didn’t get out of bed until noon on Saturday OR Sunday. Such bums. We really took advantage of the whole free weekend thing, though in the least productive way possible.

To make up for missing out on NYC, we did a dinner and a movie date night on Friday. Went over to Collina’s near the house (BYOB!! with only a $2 corking fee!!) and ate pizza. Which it seems like we are eating a lot of lately. Our waistlines are surely thanking us. We had it last night too… HA. But we were near Pizza L’Vino and I couldn’t resist because it’s my favorite in Houston, even if Pink’s is my go-to. I clearly need to do a post on pizza. Afterwards, we saw Kingsman at Sundance, which we both really enjoyed. Kind of a more humorous James Bond. Typically, I’m not a huge action movie fan because I feel like the “action” parts are too long/boring. The scenes in Kingsman were just right. After the movie, we walked over to notsuoH (Houston spelled backwards) and met up with Katie & Josh. Really laid back, dive-y, bar with good music and friendly bartenders. 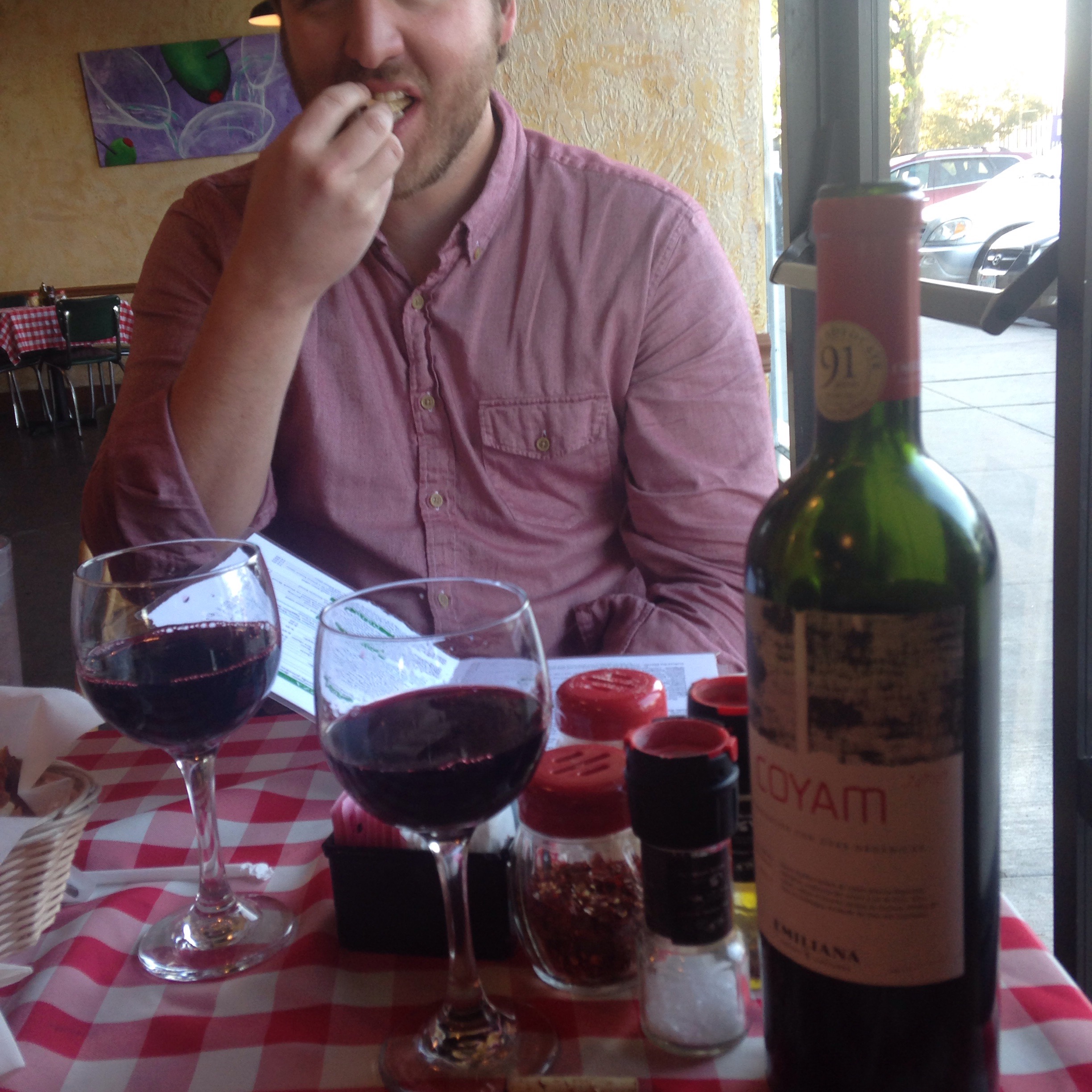 I feel like we need a bikini lady lamp.

After we finally got up on Saturday, we drove out to Katy to check out No Label Brewing Co. The brewery is in an old rice silo with a huge outdoor area and it was packed! They get down to business in the burbs. Lots of kids running around and people hanging out in lawn chairs. A lot of the beers have clever names- my favorite was the Black Wit-O (no surprise there). Dan chatted up the head brewer and is going to join him for a brew day on Friday! Bright and early at 6 AM 🙂 I’m really excited for him to get the opportunity to see the brew process on a larger system. 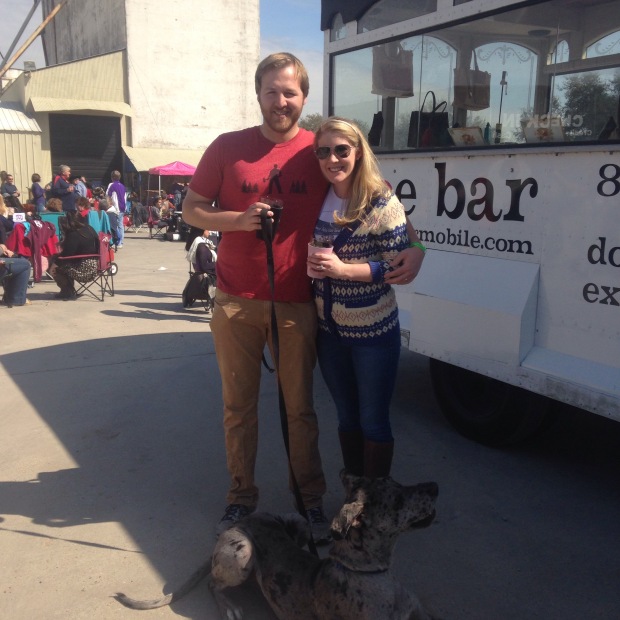 This little boy LOVED Bar. He kept telling anyone who passed, “Don’t worry- he’s friendly!” and hugging him a lot. Barley was so great with him 😀

And then… MORE BEER. And some food. We are so predictable. A couple at the brewery had told us about World of Beers (also in Katy… the suburbs have some really good things going on) so we went to check it out. Giant selection! I’m pretty sure I could have gotten anything I wanted. But I picked the Belgian flight because I’m adventurous like that. 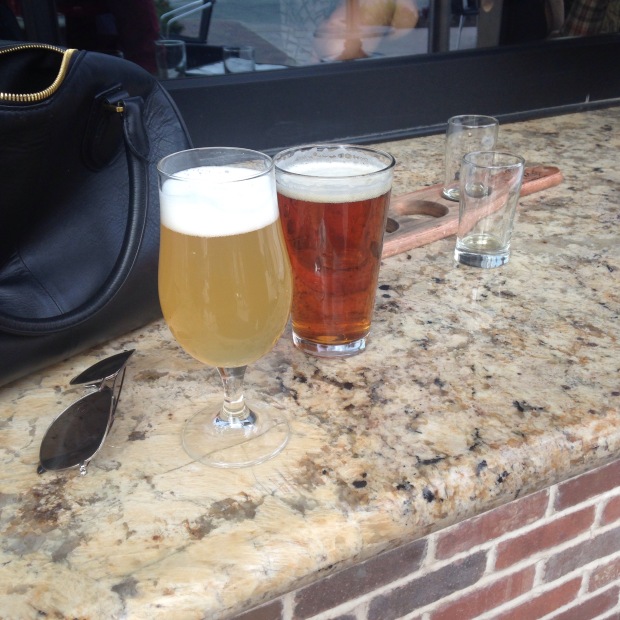 We also had our first crawfish of the season with some friends at Woodrow’s Heights. 4 whole pounds of hard work and sticky fingers. Sidenote: Woodrow’s is not the same as Little Woodrow’s.

I swear, Barley got more attention on Saturday than ever before. Which really says something. He is such a doll and I’m so proud of how well behaved he is. 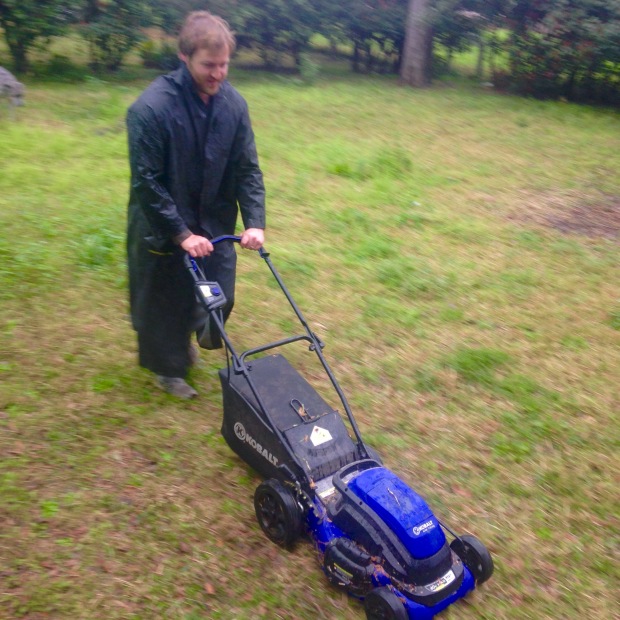 I was getting really impatient with this line. Why did it take so long for DONUTS? Also, yes, my sticker is expired. Don’t worry, a new one is in the mail.