“The real voyage of discovery consists not in seeking new landscapes, but in having new eyes.” – Marcel Proust 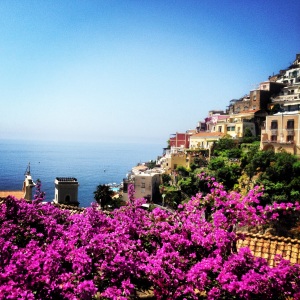 Dan and I leave for Italy TONIGHT! It will be his first visit and it’s going to be awesome seeing everything with him by my side. Plus we’ll be celebrating our one year anniversary! I’m a little in shock that it’s here and also crazy excited to just be there already, relaxing and enjoying an extended vacation. We start the remodel almost as soon as we get home, so preparing for that and a 2 week trip has been a little stressful. Okay, a lot stressful. But definitely the good kind of stress, thinking of all the fun things coming up. And also my own fault… ☺ Dan knows we are going to Italy, and I think he knows which cities, but that’s about it. HA. Lots of surprises in store for him! I, on the other hand, have a big spreadsheet with a tab for each city with ideas on what to do. Type A at its’ best. Or worst if you hate plans? I promise to still be spontaneous and not let a spreadsheet dictate the entire trip. And we are way open to suggestions if you have any! SO if you’re curious, here’s the itinerary:

I think Dan is most looking forward to Venice, and it’s a toss-up for me between just hanging in the middle of nowhere in Tuscany, and swimming in the Blue Grotto in Capri.

Unfortunately, Dan twisted his ankle this week while playing basketball. It’s bruised all the way around and so, so swollen. It’s such terrible timing but he’s been trying to just keep it propped up with ice on it as much as possible. Fingers crossed it’ll be healed enough by the time we get there, but we may renting a Vespa in every city if not. Thus getting to live out my Lizzie McGuire dreams.

And if you’re wondering about Barley, he’ll be staying with his grandparents out in Georgetown, enjoying time away from the city ☺ Big thanks to them for watching our favorite pup. I only cried a tiny bit after leaving him. Dan says to think of it as doggie summer camp.

So thankful for these newborn moments captured by the wonderful @erinnickolas ☺️☺️ Will cherish them forever and ever!
Introducing Hattie Virginia Witcher 😍 Our New Year’s Eve baby coming in at 7 lb 12 oz and 21 in 🥳 Dan changed a diaper as we rang in the new decade! She has been a delight and Willa has been SO sweet with her (surprisingly). We just love our little girlies!!! 💕 And mama is ready for some champagne once we get home 🥂
CHRISTMAS IN HOUSTON 🥰
Box Family Christmas in Houston 🥰 Willa had the BEST time and got terribly spoiled in the greatest way. Our first year not to travel in December as we prep for baby! Felt so good to be home and share it with my family. Next up, Witcher Christmas!