WHAT an amazing weekend. Just the best. So lucky that the weather was pretty much as good as it could possibly be in NYC the whole time we were there. Every time I visit I love it more and all that sunshine didn’t hurt one bit.

We got in fairly late and went straight to Kim’s apartment in the Lower East Side. I figured we would catch up and go to bed. Kim had other ideas. We stayed out until FOUR. AM. That’s a thing in NYC apparently. I could not hang if that were something that happened on a regular basis. But we had a lot of fun, got to meet some of her chef friends, and went to some great bars. My fav was Pianos because you essentially got 3 bars in one and it was in an old Piano store. Fun times. 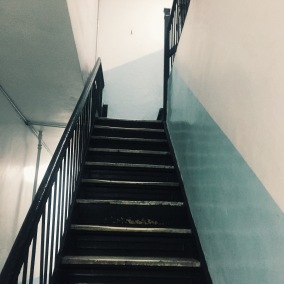 We slept until 11. Because 4 AM. Then headed to Kim’s restaurant, DBGB, for our first indulgent meal of many. And Bloody Mary’s. Because 4 AM. Kim sent us 5 desserts, which we managed to get through a little too well. They were incredible. I loveddd the popcorn brittle and the peanut butter ice cream. And the touches on the sundaes were so thoughtful and added a lot to each bite. And baked alaskas are just amazing- so much time/effort to make and so worth it. 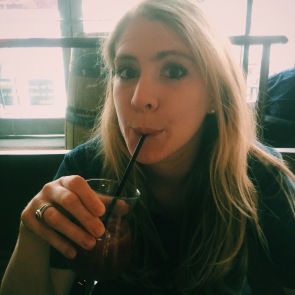 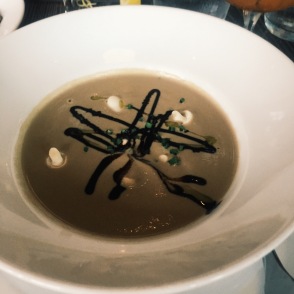 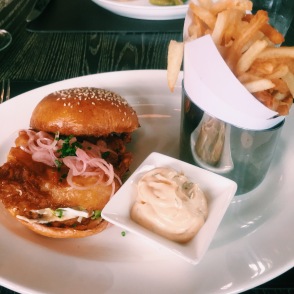 Afterwards, with stomachs so full we could barely move, we went up to The Frick Collection. Dan has been to this museum before and I’ve been dying to visit since he told me about it. I had high expectations and they were exceeded. It’s small, so it doesn’t take very long to get through, which I think is a big plus in a city with so much to see and do. It was a personal residence, built in the early 1900’s and filled with art. While building it, he had already planned to turn it into a museum upon his death. Can you imagine having works by Titian, Holbein, and Van Eyck just hanging in your home? Or having a half block facing Central Park?! It was unbelievable. They’ve done small additions since converting it to a museum, so everything isn’t original, but they did a great job. I especially loved the garden court and want one in my next home. K, Dan? 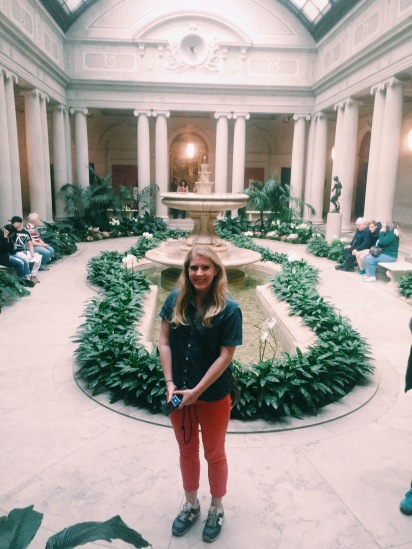 We later met up with Alex & her gang to celebrate her birthday at the rooftop bar of the Gansevoort in the Meatpacking District. Swanky stuff. And you can’t beat the feeling of being up high in a big city. I always just want to inhale deeply to soak it in. Then we went over to Cookshop for dinner, where Dan and I split the special, a 30 day dry aged ribeye, and the best onion rings I’ve ever had. Chris brought an adorable cake and Al looked adorable blowing out the candles. 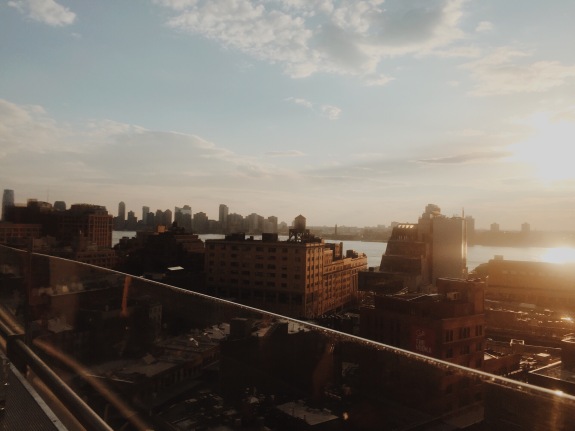 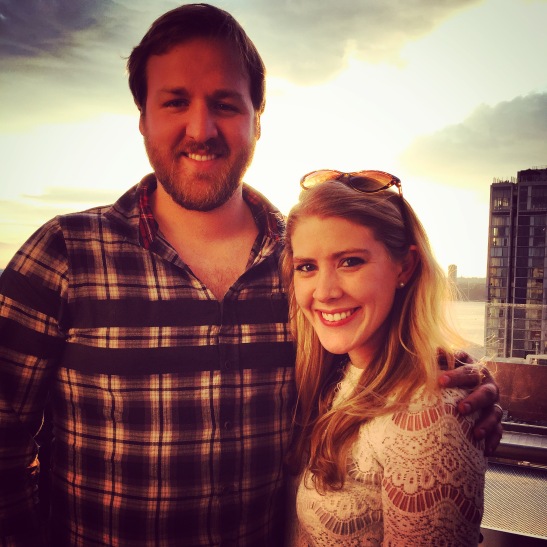 Post dinner, we waited in line to get into what appeared to be a coffee shop. Turns out, you go into the shop, then down into a basement for fancy cocktails at Bathtub Gin. You could actually make reservations. For a bar. Very cool place. We also meet up with Jordan, who has been living in NYC since we graduated college. So great to see her! It’s always a lot of fun to be with friends in a place that’s unexpected (even if it is her home).

THEN (my goodness we were still going somehow), after Kim got off work, we had a second dinner at Blue Ribbon and I ate one of the most delicious dishes of my life. It’s one of Kim’s favorite places so she ordered a few plates for us to split- Oysters, escargot, and oxtail. Just DIVINE! The reduction the escargot was in was perfect and the oxtail, oh my goodness. Scraping scrumptious goodness out of a bone. Sounds weird, I know, but I want more. And I will make a search of Houston for it. 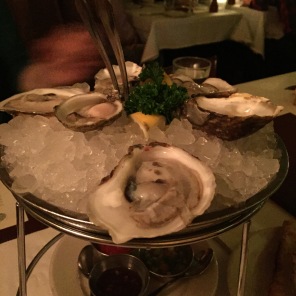 And that was just one day. Going hard in the city.

More pretty weather pics to come. And I got fancy this time with my new iPhone camera and even edited all the pics using VSCOcam 😀