Tara came to visit this weekend! I love spoiling her when she’s in town since that isn’t super often, and because she’s still in grad school. It’s fun to be the big sister! Plus, sisters are great because you don’t feel the need to constantly entertain or try to impress. We hung on the couch and went grocery shopping and just enjoyed time together. Very nice. I’m sure Dan felt right at home since he grew up with 2 sisters too 😀

Don’t worry- we still did lots of fun things! Friday, we checked out Dolce Vita, which I’ve been meaning to try forever. Can’t go wrong with Tara and Italian. Our pizza was piled high with arugula and fantastic and the old house it was in was charming. We even sat right next to the open kitchen and could watch them whip everything up. Then we bar hopped along Westheimer- pinball at Poison Girl and Margaritas at the new El Tiempo. (Sidenote: Add pinball to the list of things I can beat Dan at. I’ve found #2!!! Shuffleboard is the other, in case you were curious.) 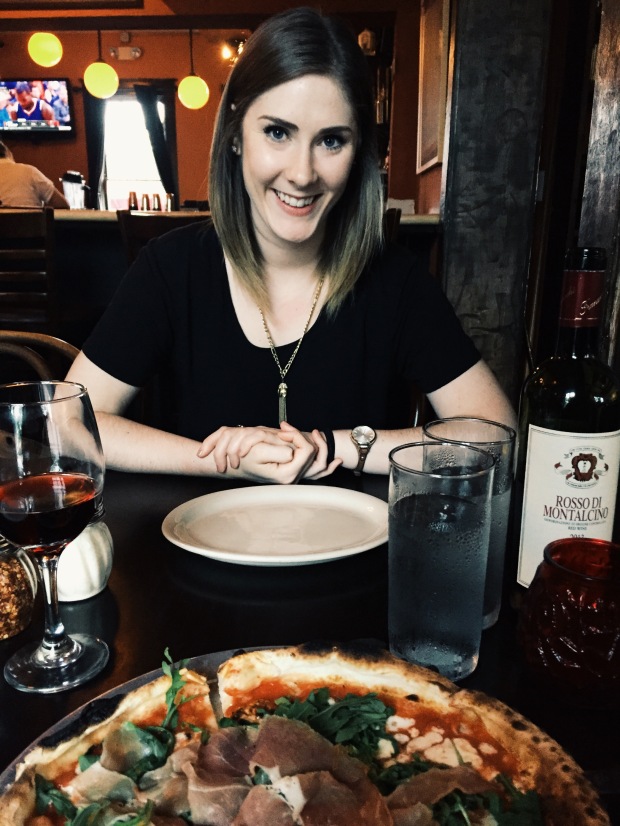 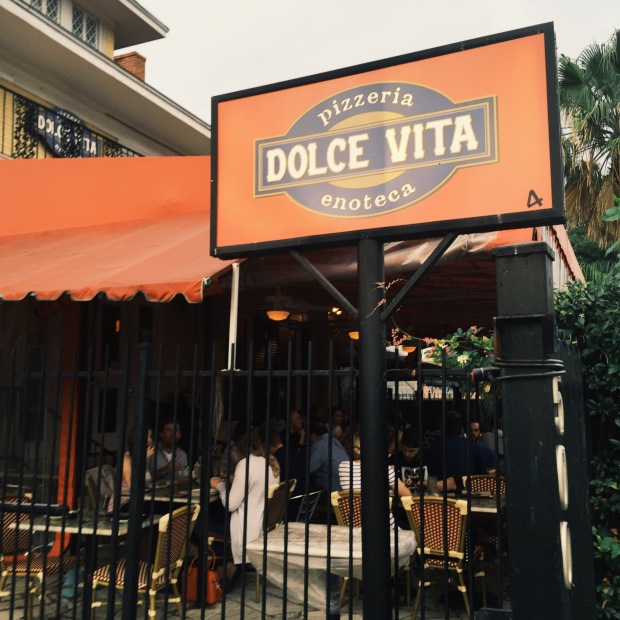 Saturday morning we went down to Market Square Park to attend “Puppies for Breakfast”- the title of this event is confusing, as we didn’t actually eat the dogs… They just had a lot of vendors set up as well as rescue groups. The breakfast part consisted of food trucks! And they had a puppy bowl in right in the middle. Barley pranced around and got his typical insane amount of attention. One guy even strapped a go-pro onto him. Hoping to see that video because he completely face planted while wearing it- he’s not the most coordinated pup. I’m a mean dog mom, finding amusement in his falls. I’m expecting that to be the case with real human children too. Hopefully they’ll all forgive me. 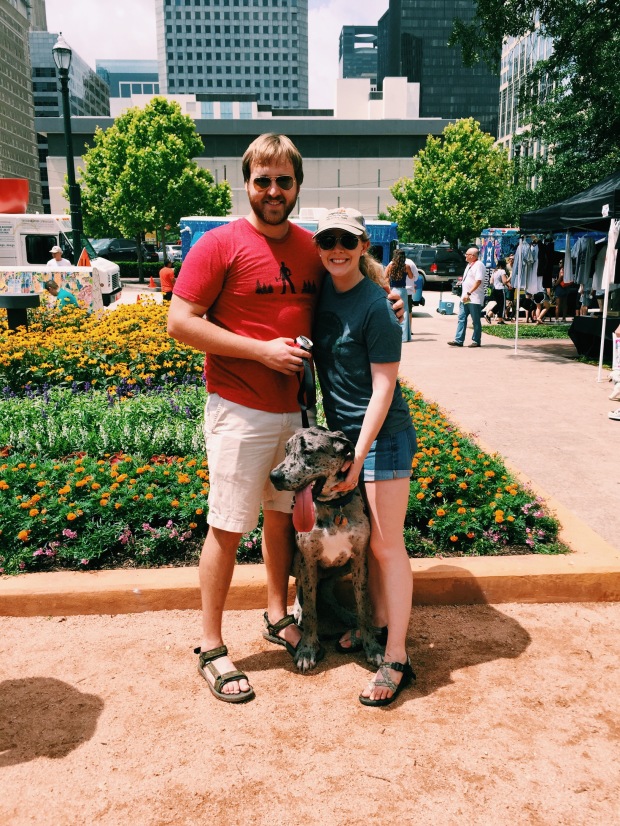 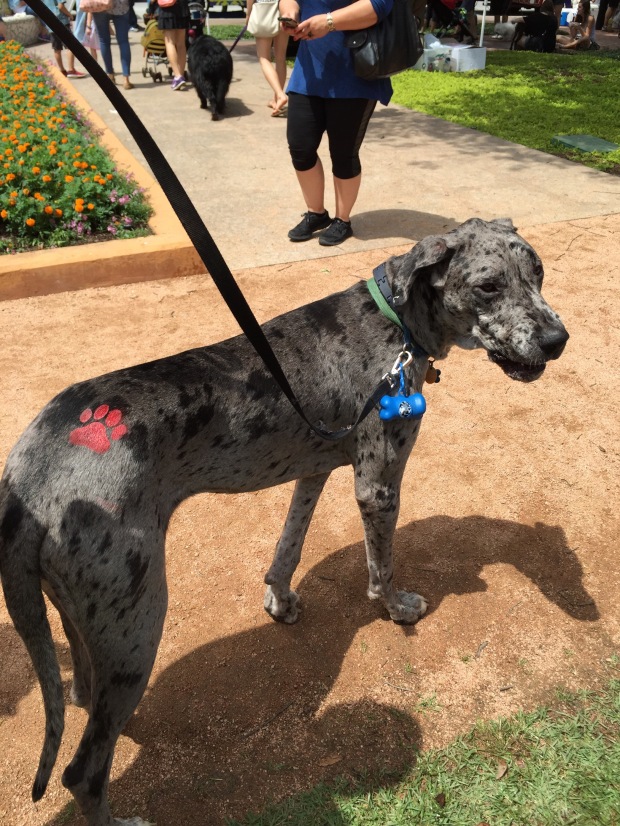 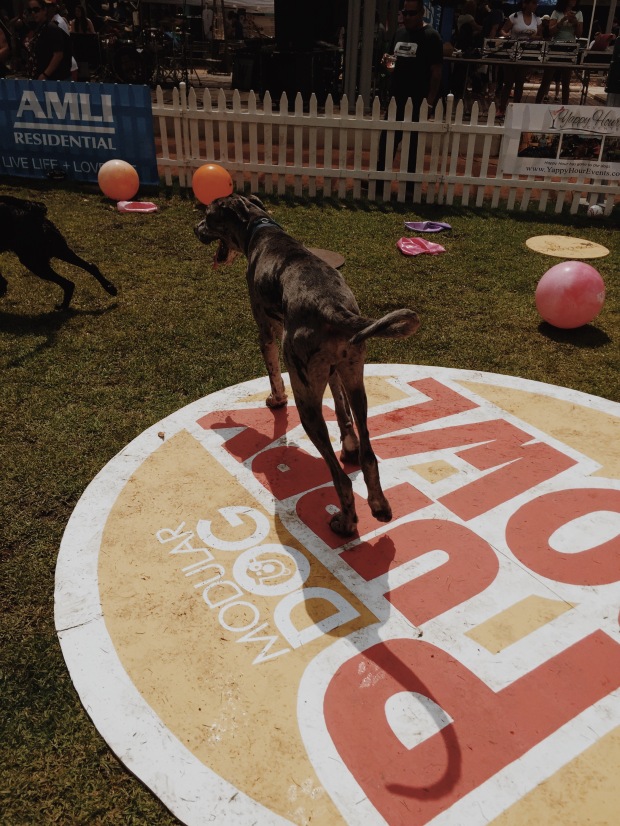 Winner of the Puppy Bowl 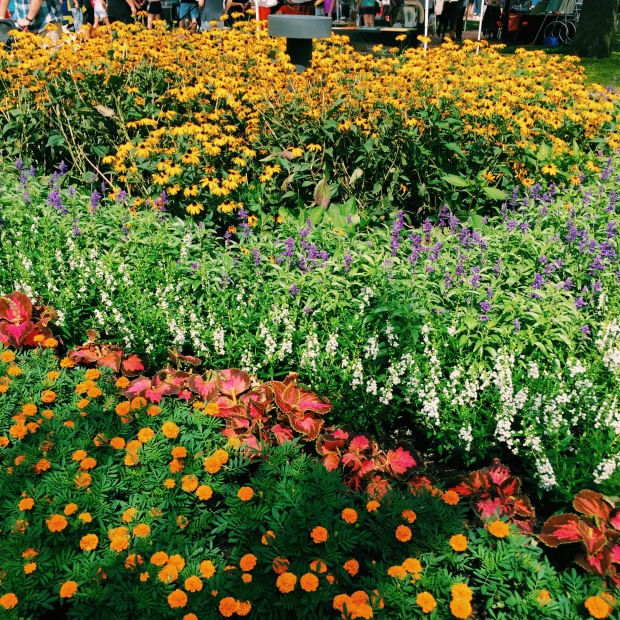 That night, Dan’s company hosted a family night at the Dynamo’s game. We gorged ourselves on corn dogs, sliders, and ice cream sandwiches at the tailgate, then headed over for the game. They won! 3-1! It was an exciting game. 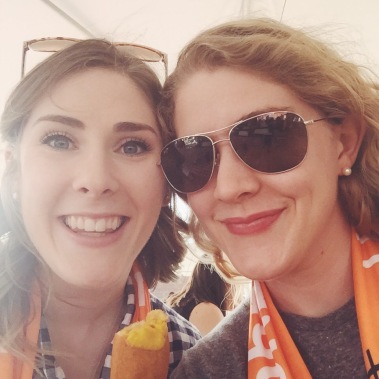 Sunday morning the skies opened up and it poured. We somehow made it church, but that’s about it. Dan and I didn’t even watch the Rockets game. But they made it to the semi-finals! Guess I can be a bandwagon fan.

Come back soon, Tara! Our guest room is always open 🙂