I personally think that the Amalfi Coast is one of the most beautiful places in the world. So it was definitely on my list when planning this trip. Unfortunately, it’s kind of a pain in the butt to get to and we had already hit so many places. As excited as I was to return, Dan was starting to get pretty worn out from all our traveling around. This resulted in us taking it really easy while in Positano. As in, spend the whole day on a beach, never leave Positano, easy. 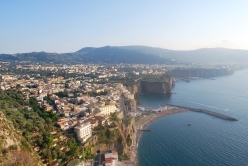 We actually stayed way up above Positano, in a B&B, in the teensy town of Nocelle- it’s where a lot of people hike the Path of the Gods and the views are stellar. No cars allowed, hence the donkeys as transport for goods! Even tough it’s very close to Positano, the bus ride down takes 30 minutes, is packed full without A/C, and only runs every hour or so. If you can, I would suggest staying in actual Positano, but we did meet an American couple who stays in Nocelle every year and love it. Personal preference I guess. We made it to dinner in Nocelle the first night just in time to eat dinner while watching the sun set. 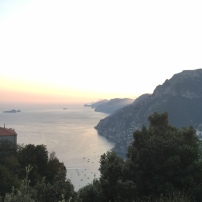 The next day we took a boat over to Capri where we walked about, window shopping the ritzy stores, and took the funicular up to the highest point for some stellar views. I’m slightly terrified by heights, so I was apprehensive. Luckily it turned out to not be so bad and the view from the top was well worth it. While on the island, we took a taxi convertible with an awning over it- unique. On the way back to the Amalfi Coast, we stopped in a few places to swim which was unreal. The water is so blue! I didn’t want to go back on the boat. An amazing experience. 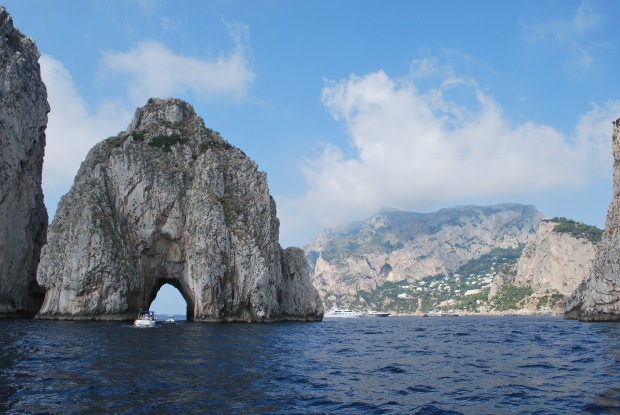 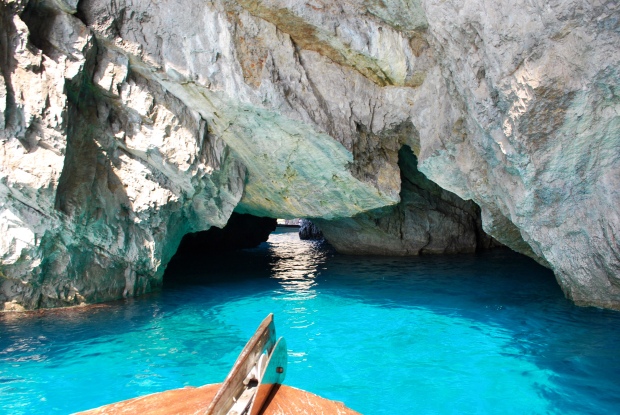 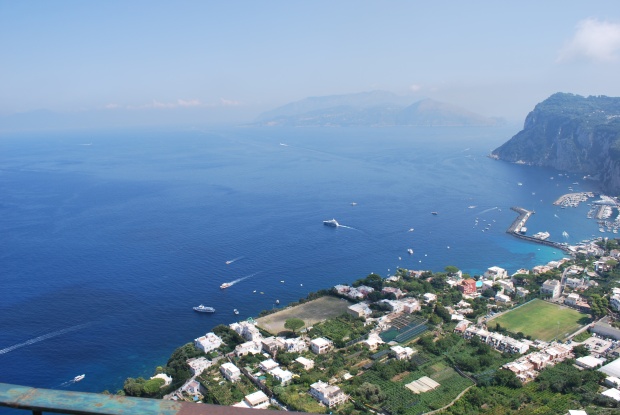 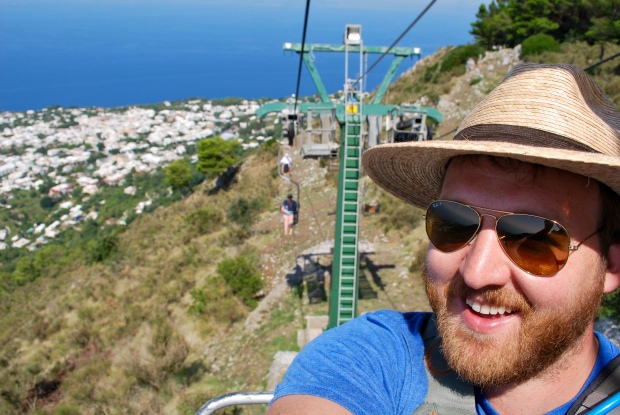 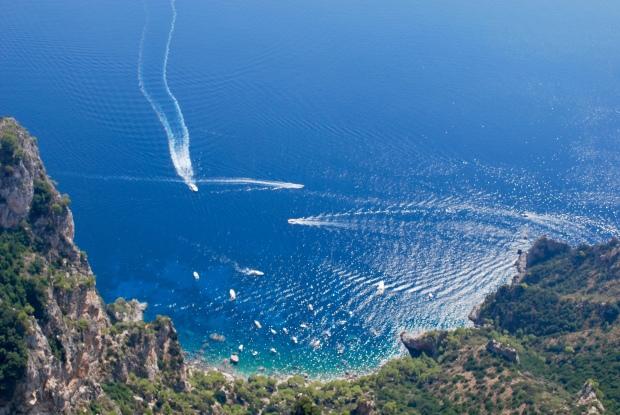 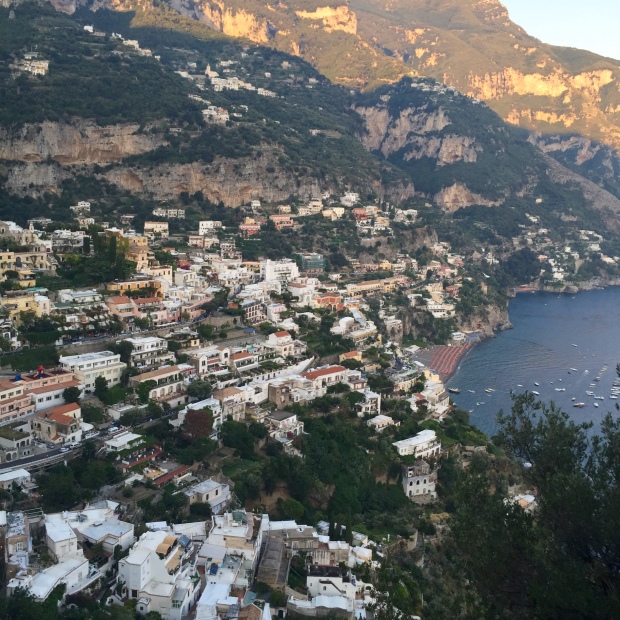 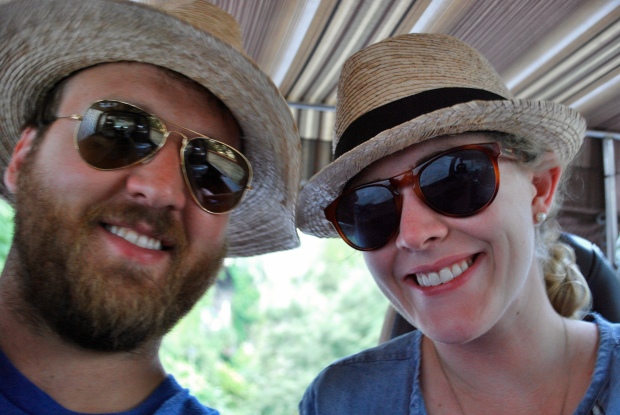 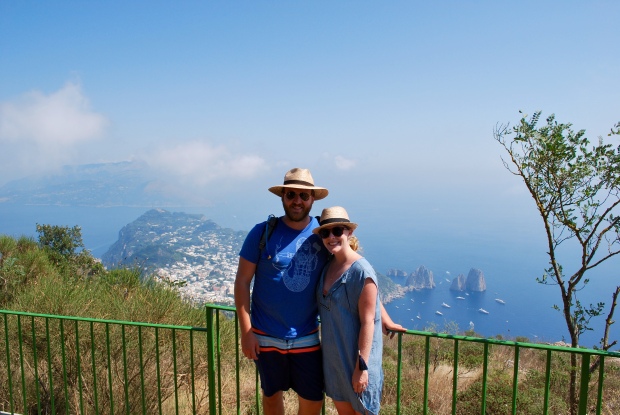 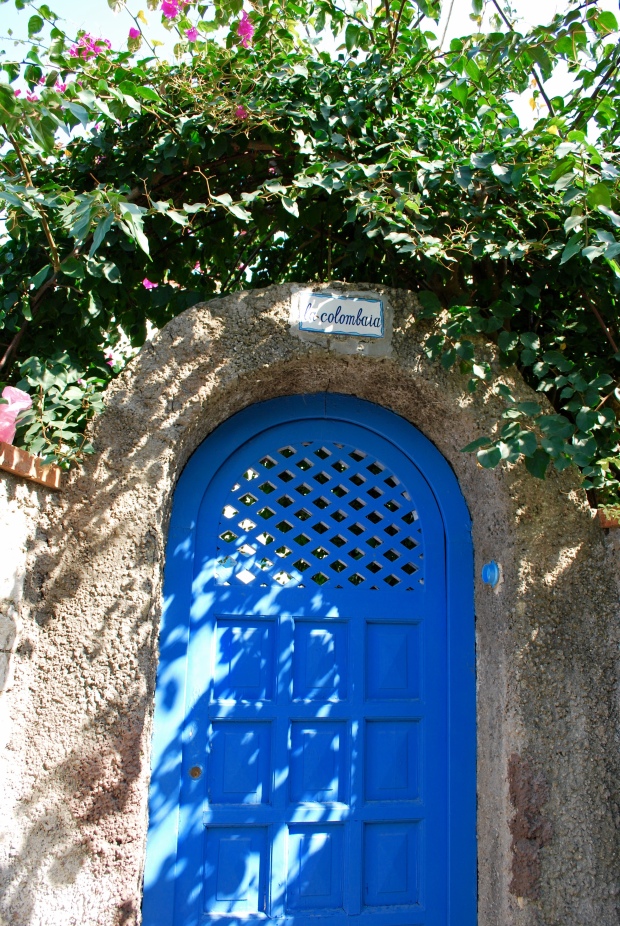 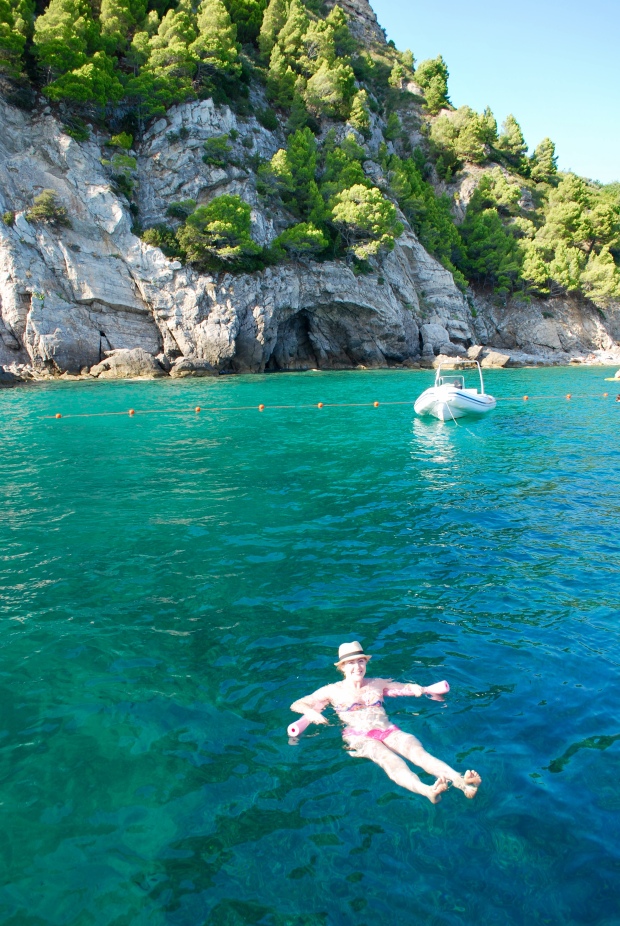 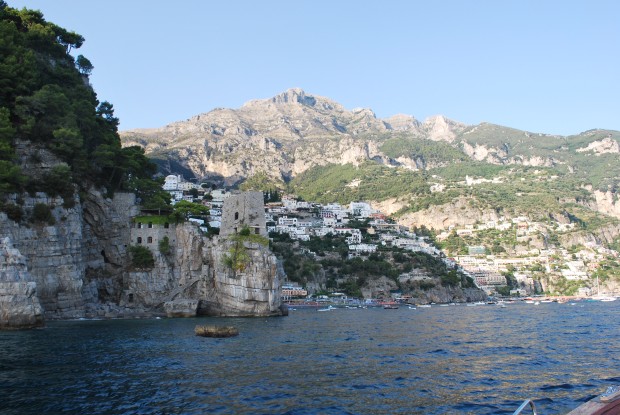 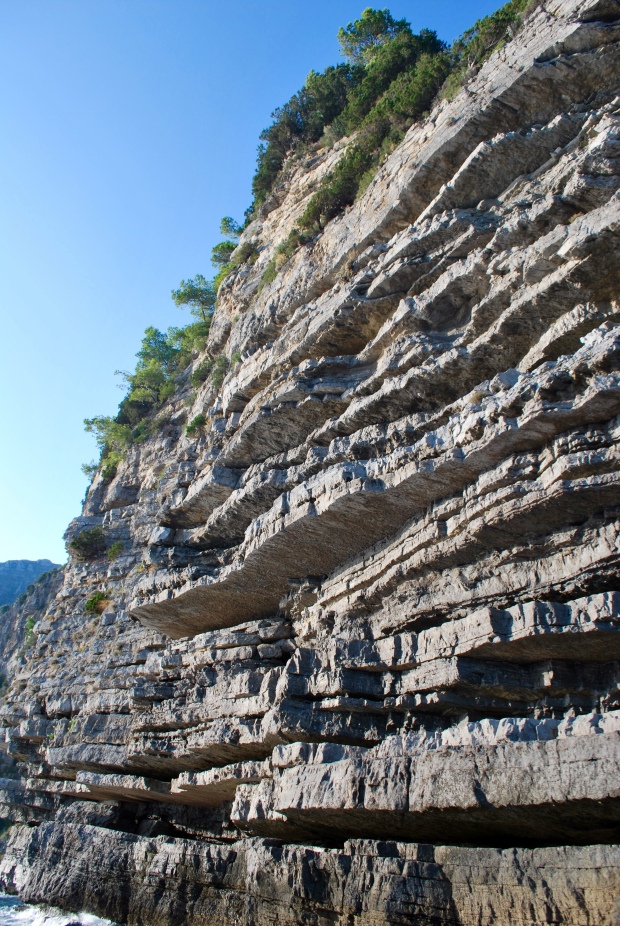 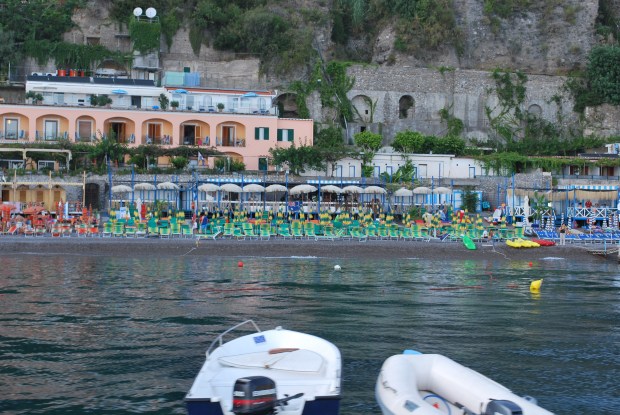 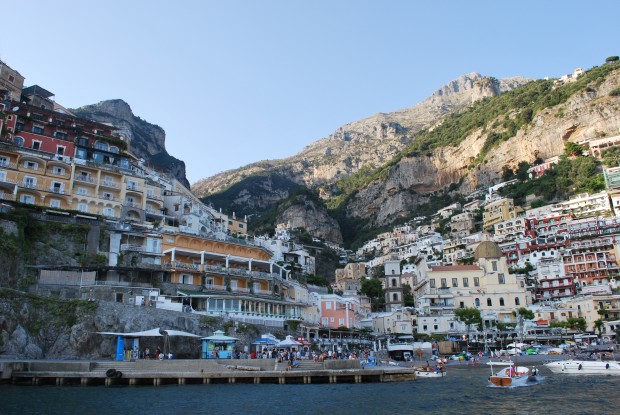 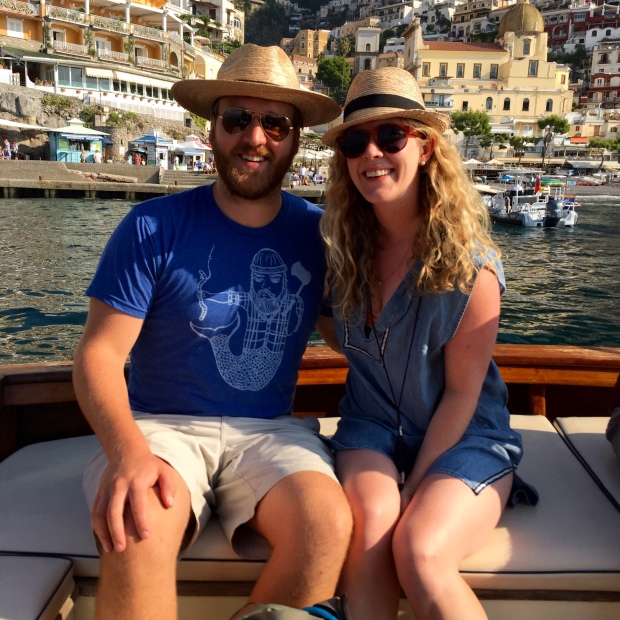 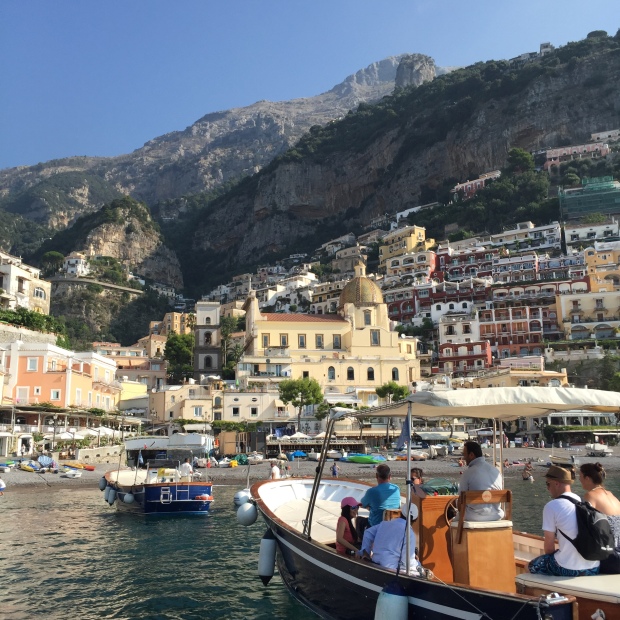 Our last day in Positano was the full day on the beach day 🙂 We hopped onto a small boat sitting at the dock and took it over to Arienzo Beach, a 5 minute ride down the coastline. As long as you eat at the restaurant, you don’t have to pay for a chair. The seafood was freshly caught out of the sea we swam in and the beers weren’t crazy expensive. It was a beyond perfect day. 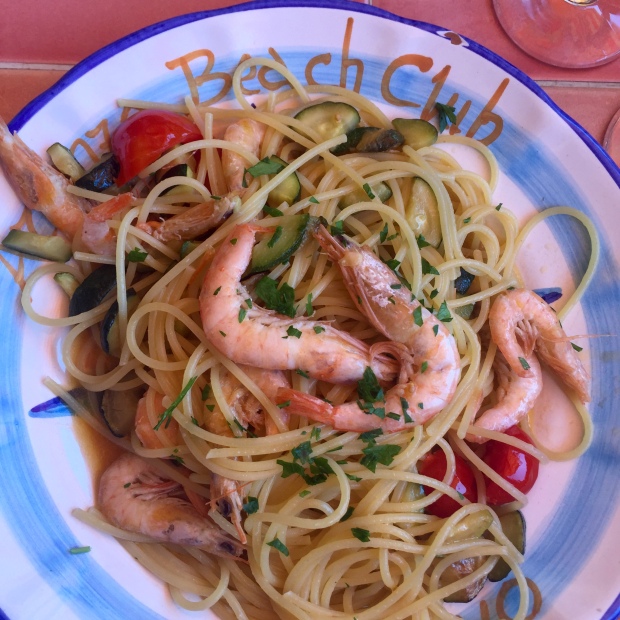 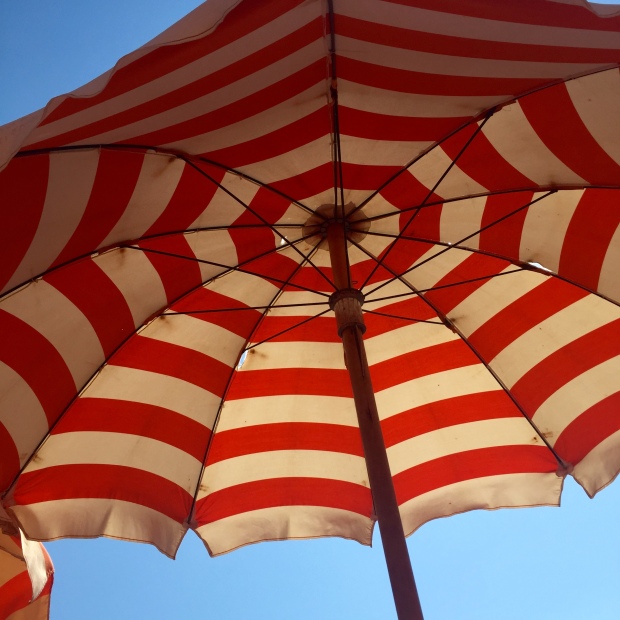 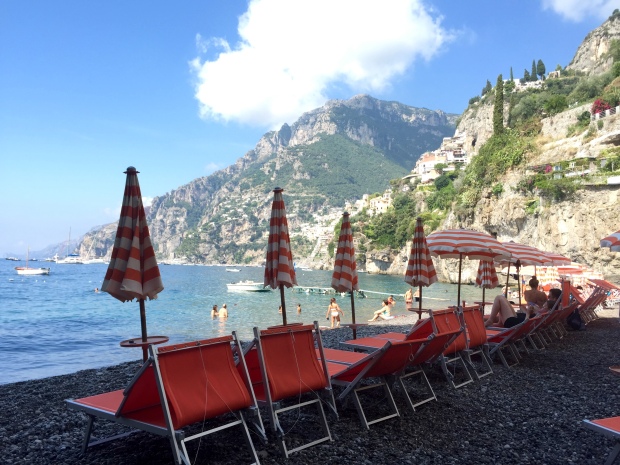 We stayed down in Positano for dinner, with drinks at Franco’s Bar (which is amazing and felt so glam) and dinner at Bar Bruno. The patio is just a few tables along the sidewalk across the street from the restaurant, so servers have to run back and forth across the street!

Since we spoiled ourselves on the way to the coast with a private driver, we stuck with public transportation to make our way to Rome. Bus, walk a ways to wait for another bus (standing room only), train (no A/C), another train, then finally a bus to airbnb. It took all day and made me miss the rental car! But we had made it to one of my favorite cities, and our final stop of the trip, so all was good.

One thought on “Positano”