Friday was a blast! Dan’s boss gave us tickets to the Houston Dynamo suite, which was great (even though we lost to FC Dallas) and then we met his parents for drinks at D&T Drive-In, which I personally think is one of the cooler places to drink a beer in Houston. I love that they still have the old sign in front. I’m assuming new ownership as it’s part of Treadsack now (as is Downhouse, yum), so it’s neat that they chose to keep the sign. 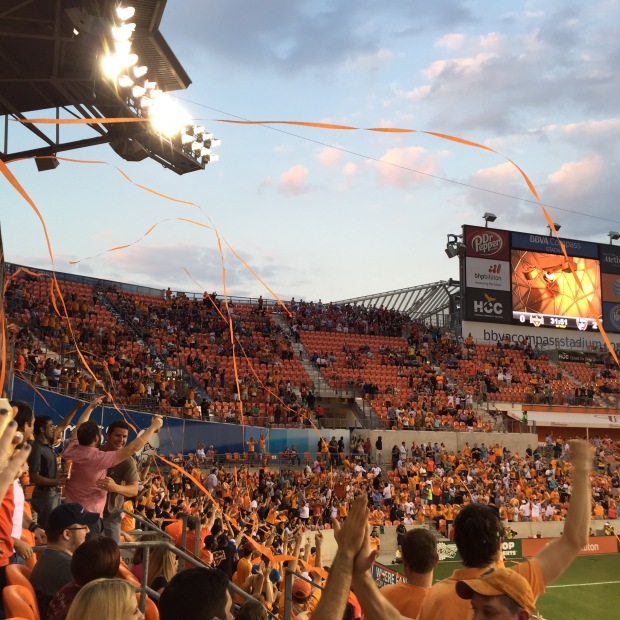 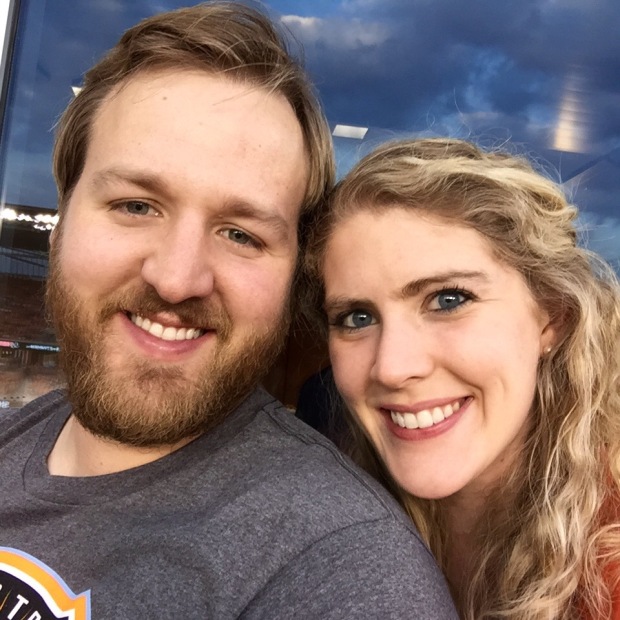 So as mentioned above, Dan’s parents came to stay with us this past weekend! We always have a great time with them and this weekend was no exception… although it was a little bit different type of fun! Ha. Dan’s dad helped him put in all the fence posts around the back yard and his mom helped me paint the dining, living, and sun rooms. It was a productive weekend to say the least. They are amazing motivators to get things done and have more energy than we do. It’s impressive and so appreciated.

Having a fresh coat of paint on the walls has REALLY brightened it up. One of the biggest things I would change about the house (if it wasn’t prohibitively expensive) are how low the ceilings are, so having white walls make them feel just a bit taller 🙂 I ended up choosing Benjamin Moore White Linen and love that it’s warm without feeling yellow. We also tested out Frostine and Simply White. Dan is still complaining that it feels like an insane asylum, but I think he’s mostly kidding 😉 But I am in love and can’t wait to do the trim next weekend (because right now it just looks dirty :/). The furniture is still pushed in the middle of the living room at the moment so the house feels like a wreck, but sitting in the midst of white is quite dreamy. I’ll post better pictures once everything is back in place. 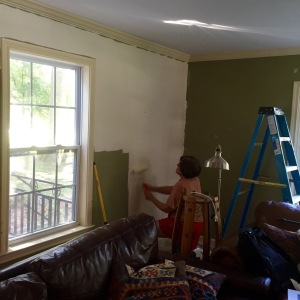 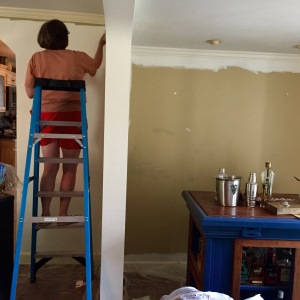 The cutest little helper. Who was more in the way than anything.

We also decided on a horizontal fence and Dan will start putting on the planks this week!!! It’s going to look amazing. And he gets to buy a new toy- a nail gun. Because apparently the one we already have isn’t strong enough. I swear, the amount of tools we have… Yay for house projects!!

So funny that prior to painting I was finally starting to feel like the house was really coming together. Felt homey, (most) things had a place, and I just generally liked it but still knew what had to be done. Then everything came off the walls for paint and I’m starting fresh again. Ha. Hoping we get to the kitchen soon!!! 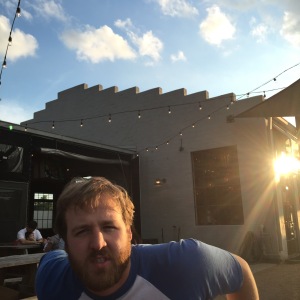 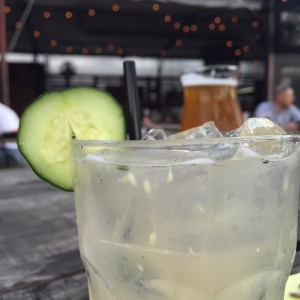 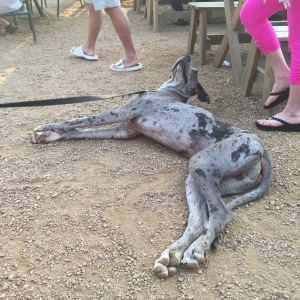 Relaxing at Cottonwood and home after a hard weekend